Agspand Pty Ltd’s Feedchar™ is a 100% Australian mineral–charcoal dietary feed supplement for all animals (horses, cattle, sheep, goats, alpacas, pigs, chickens, dogs and pets) that might assist with digestive discomfort, poor condition, weight and stress from ingesting plant toxins that commonly occur on and in grasses, hay, grains and feeds during both wet and dry seasons.

Agspand’s Feedchar is based on simple ingredients — charcoal and minerals — that animals seek for themselves in the wild to help with acidosis and plant-toxin effects. To support gut health and condition all year round, small daily maintenance doses of Feedchar may be fed continuously, with all feed types, and added with vitamins and more minerals or supplements, if desired.

You can buy Agspand’s specially formulated animal Feedchar™ products by purchasing them from Allocated Feedchar Stockists and Agents (see a list below). Or you can order Feedchar directly online, where a minimal freight charge applies.

The following table contains more information about plant toxins and how Agspand’s Feedchar™ may be provided to various animals. Agspand’s Testimonials page has reviews and further information from the field. 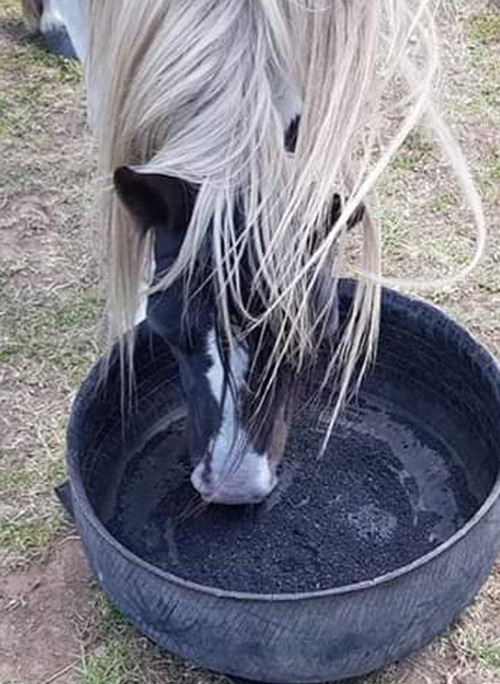 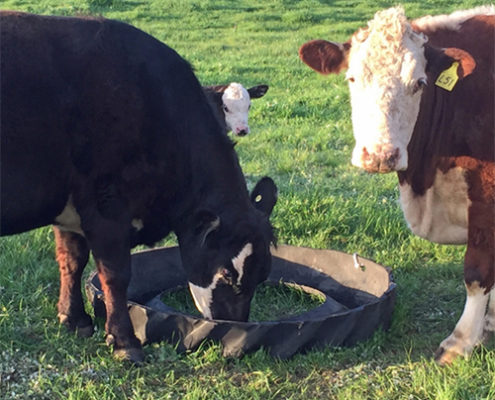 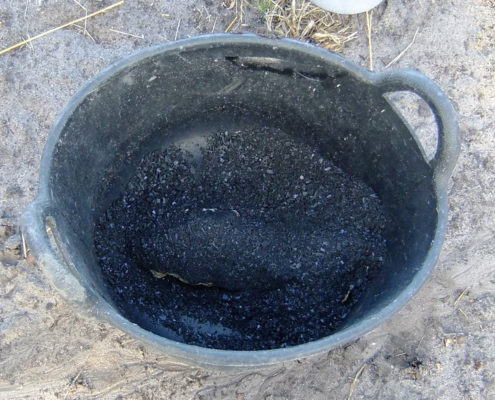 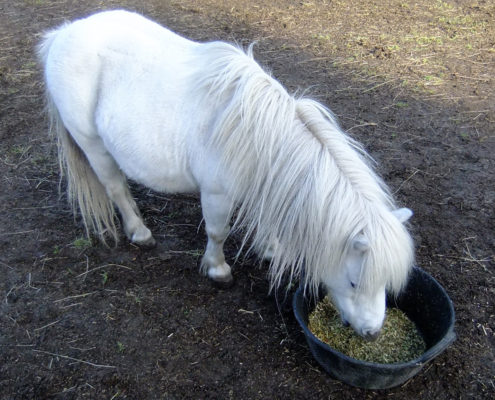 At certain times of the year, particularly spring, autumn and winter, elevated nitrate and carbohydrate levels and endophytes or fungi containing mycotoxins commonly appear on and in grasses. These can also linger for a number of years in hay and grain-based feeds harvested off high-nitrate and high-endophyte plants.

Mycotoxins are compounds in the fungi that interfere with an animal’s digestive wellbeing and condition. They can affect an animal’s nervous system and make them agitated, flighty, and sensitive around the abdomen. In severe cases, mycotoxicity can contribute towards laminitis, skin itch and allergies, weight loss, scours and reproductive disorders.

Ruminant animals such as cattle and sheep experiencing plant toxicity show signs of ill-thrift and scouring. This affects their weight gain and creates stress for the animals, with the possible knock-on effects of dark-cutting meat and poor growth rates.

Mycotoxins are found in endophytic fungi, which live in the plants, as well as saprophytic fungi, living on the plants. Endophytes are a plant’s means of self-protection against insect attack or animal overgrazing. Concentrations of endophytic fungi appear on the head of the plant when it is stressed from lack of moisture, or when the soil nitrogen is high.

Endophytes typically occur in phalaris, tall fescue grasses and perennial ryegrass. The shoots and flowers of endophyte-affected ryegrass in particular contain high levels of the Lolitrem B mycotoxin. Horse paddocks can be covered in these plants because often they have been overgrazed for years and receive little attention. In their battle for survival the remaining plants’ defence is to contain high levels of endophytes at the base-sheath of the plant (early spring and autumn), and also on the seed-heads in summer.

When added as a feed supplement, Agspand’s Feedchar™ might assist animals with plant toxins and pathogens. Animals may show less physical discomfort and stress from plant toxicity. Testimonials from clients describe how Agspand’s Feedchar has supported their animals’ gut health, behaviour, body condition and immunity over the long term.

Feedchar is mostly quality Australian-made charcoal and a percentage of mined clay, which contains a range of safe trace elements in small amounts such as magnesium, calcium, silicon, potassium, and sodium. Both charcoal and clay are natural and organic digestive aids and toxin binders that animals source for themselves in the wild to assist with acidosis (low pH) and plant-toxin effects. The elemental breakdowns of charcoal and clay are freely available online.

Small amounts of Agspand’s Feedchar™ may be mixed in with animals’ normal feed. Some suggested daily maintenance doses are described below.

Otherwise, many animals will eat some Feedchar as a loose lick when left in a separate container near where they normally eat or drink. Allow for rainwater to drain from the container if it is left outside. Suggest raising the container off the ground to deter animals from standing in it.

If you have any further queries please feel free to contact your local store/agent, or Agspand’s Feedchar consultants on 03 6333 1132.

HORSES
Mix 1 to 2 scoops (15–30 mL) of Agspand’s Feedchar™ with feed per day. This daily amount equates to around 1 litre per horse per month. Feedchar may be used with vitamins and more minerals, and may be fed continuously to support long-term gut health and immunity across all seasonal variations.

PONIES and FOALS
Mix up to 1 scoop (15 mL) of Agspand’s Feedchar™ with feed per day.

CATTLE, SHEEP, GOATS, PIGS, ALPACAS, CHICKENS, etc.
For a small-to-medium herd/flock in a shared area of up to 40 animals, simply spread 1 to 10 litres of Agspand’s Feedchar™ in a closed-ended plastic trough or container. Like horses, these animals too will nibble, peck or lick the Feedchar as they need it.

DOGS, CATS and PETS
Mix 3 to 5 mL (half to one flat teaspoon) of Agspand’s Feedchar™ through 1 kilogram dry biscuits/kibbles/feed (it will coat over the feed). Or a very tiny sprinkle across their dinner, every day, or second day.

Once excreted and in contact with soil, the animals’ manure containing Agspand’s Feedchar mineral–charcoal/high-quality biochar (i.e. stabilised carbon) and other nutrients and carbohydrates (i.e. soluble carbon) is buried by dung beetles and worms, who act as natural soil-carbon sequestration armies!

The soluble carbon in the manure provides food for bacteria, fungi and microfauna to live in the soil, while the stabilised carbon/charcoal/biochar lasts for decades, stimulating electrical activity as well as attracting and holding water plus trace elements in the soil, thereby helping to make these important ingredients available to plant roots.

Contact us for consulting advice on using Agspand’s Feedchar™ – “a triple carbon farming process” for animals, air and soils. 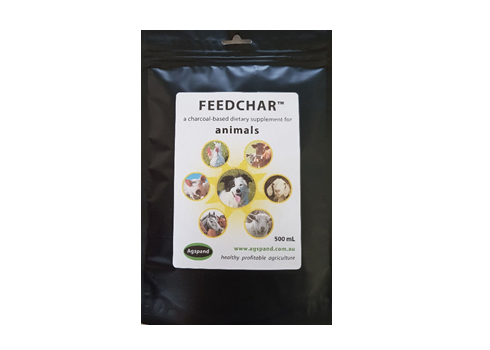 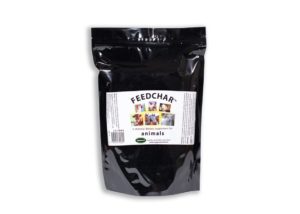